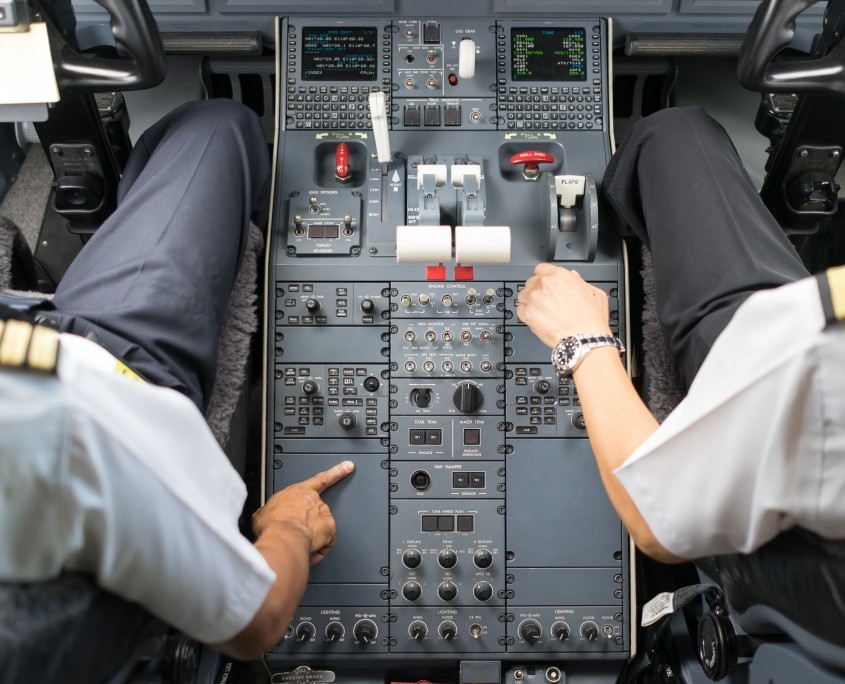 Whether you are new to the aviation industry or you are a professional who needs a refresher, we have gathered some aviation-related terms that will help expand your knowledge of the industry. From jargon to acronyms, here are the basic words you can use to build and strengthen your knowledge foundation.

The air navigation services provider that manages and controls flight traffic in the Austrian airspace.

The approval granted from a National Aviation Authority (such as the Civil Aviation Authority in the United Kingdom) to an aircraft operator to allow it to use aircraft for commercial purposes. This requires the operator to have a system in place to ensure the safety of its employees and the general public. The certificate will list the aircraft types and registrations to be used, for what purpose and in what area-specific airports or geographic region.

Aviation maintenance term indicating situations where aircraft are grounded due to technical failures serious enough to prevent them from flying.

Device which provides power to start the main engines of an aircraft. APUs are also used to run accessories such as cabin lighting and temperature control before the engines are started.

Service provided by ground-based controllers who direct aircraft on the ground and through controlled airspace. The primary purpose of ATC systems is to prevent collisions, organize and the flow of traffic and provide support for pilots.

The statutory corporation which oversees and regulates all aspects of aviation in the UK. Responsibilities include licensing of flight crew, aircraft engineers and air traffic controllers and regulation of Air Operator Certificate (AOC) Holders.

The transport of goods or passengers between two points in the same country by an aircraft registered in another country. Often used in the context of “cabotage rights”, an operator’s right to operate within the domestic borders of another country.

When an individual rents an entire aircraft as opposed to buying individual seats on a commercial flight. The journey is typically unscheduled.

Relates to any flight where payment is made for the service. For example, if you pay an operator to fly via chartered jet this is classified as commercial; however, if you were to travel in your own aircraft this would be classed as private.

Tasks relating to the operations of flight planning before a journey takes place, as well as monitoring the flight once it is in progress.

European Union agency with regulatory and executive authority in civil aviation safety. Responsibilities include analysis and research of safety, authorization of foreign operators, advising on EU legislation, implementing and monitoring safety rules, safety inspections, and certification of aircraft and components.

Annual air show in Geneva focused on business aviation, with attendees from all over the world held in May.

Empty aircraft on a return flight or outbound positioning of a booked trip.

Government body for the United States civil aviation industry. Their responsibilities include construction and operation of airports, air traffic management, and the certification of personnel and aircraft.

Service center/terminal for aircraft. The FBO may be a private enterprise or may be a subsidiary of the airport or municipality it serves. FBOs often provide services such as fueling, parking, aircraft maintenance and customs.

Company which performs ground handling, which is the servicing requirements of an aircraft between the time it arrives at a terminal and the time it departs on its next flight. Common examples of ground handling services are loading and unloading of aircraft, cabin cleaning, pushbacks and passenger handling.

The HondaJet is the fastest, highest-flying, quietest, and most fuel-efficient jet in its class. Jetex is the exclusive distributor for the Middle East region.

The trade association for the world’s airlines.

The agency that develops policies to support a safe and efficient civil aviation sector.

Airport code or location indicator, a four-character code designating each airport around the world (i.e., Farnborough Airport = EGLF). These codes are defined by the International Civil Aviation Organization, and published in ICAO Document 7910: Location Indicators.

Rights allocated to an operator by an airport or government agency granting the slot owner the right to schedule a landing or departure during a specific time period.

Time in a given time zone.

A set of mandatory navigation performance standards required for aircraft operating in the North Atlantic Airspace.

Notice filed with an aviation authority to alert aircraft pilots of potential hazards along a flight route or at a location that could affect the safety of the flight.

An expression used to indicate that permission from the appropriate authority must be obtained before certain aeronautical activities (most often take-off or landing) can be carried out.

When an aircraft is pushed backwards away from an airport gate by external power.

A local contact who can verify the identity of the passengers and the purpose of flight.

A tax on the amount by which the value of an article has been increased at each stage of its production or distribution. Jetex can offer VAT exemption on fuel for a range of EU countries when customers use the Jetex fuel network.

Leasing arrangement whereby an airline (lessor) provides an aircraft, complete crew, maintenance, and insurance (ACMI) to another airline (the lessee), which pays by hours operated. The lessee provides fuel and covers airport fees, and any other duties, taxes, etc.

Denomination of Coordinated Universal Time (UTC, synonymous with GMT), the primary time standard by which the world regulates clocks and time. This ensures all pilots regardless of location are using the same 24-hour clock, thus avoiding confusion when flying between time zones. In aviation, the UTC time zone is sometimes denoted by the letter Z, or Zulu Time after the NATO phonetically alphabet word for the letter Z.