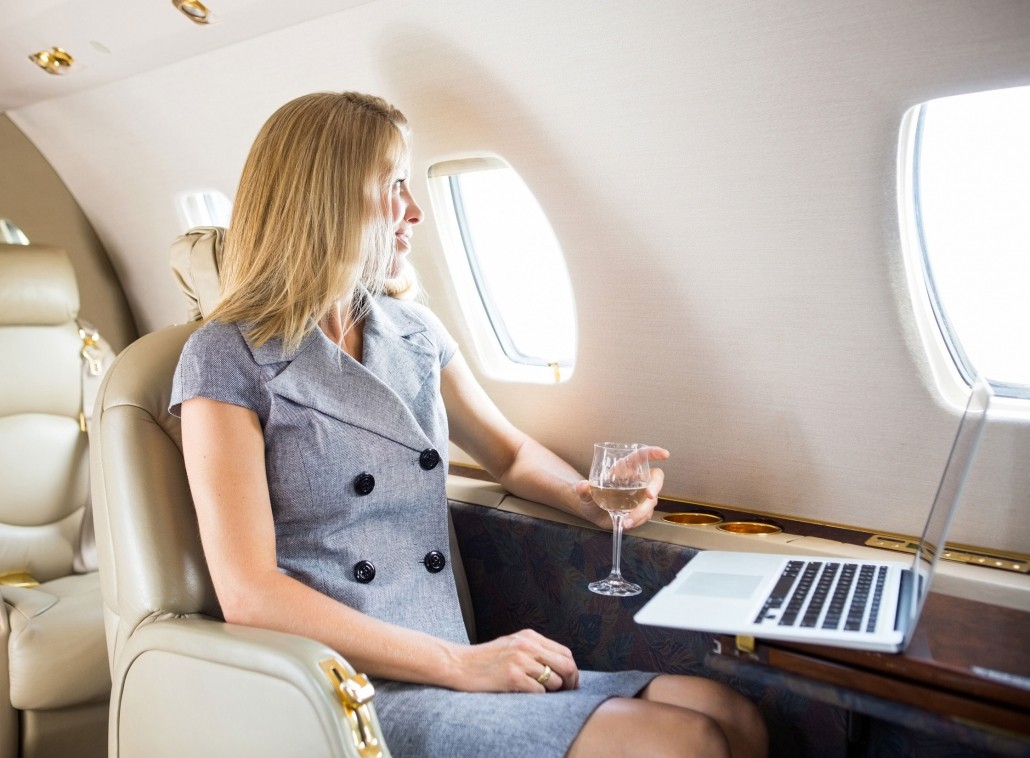 The beginning of the New Year is a time to reflect on the year before, and to look ahead towards the future. For the aviation industry, reflecting back on 2014 shows positive growth and the promise for an even brighter 2015.

According to Bombardier’s 20-year forecast released last July, 22,000 business jets are predicted to be delivered through 2033, representing about $617 billion in industry revenue. The report said the business aviation market continued to show improvement and signs of recovery. “The overall trend for the world economy is stable and positive,” it notes, even while current macroeconomic indicators are mixed.

Similarly, Honeywell’s 23rd Annual Business Aviation Outlook anticipates up to 9,450 business jet deliveries over the next decade. Those jets would be worth $280 billion and represent a 7-8% increase from its 2013 forecast. According to the report, the increase comes from operator plans to update their fleets, with about 23% of current fleets to be updated over the next five years, and 19% by the end of 2015.

Where are these increases in purchases occurring?

According to Honeywell, 2015 will be a year for realignment of near-term regional market shares. New aircraft acquisition plans in North America are still notable because of the region’s size, but overall forecasted demand from North America fell this year following the first increase last year since 2010. North America represents about 59% of projected demand, and Honeywell says that as traditional higher-growth regions work through a year of reduced growth rates, the region’s demand will support industry volumes.

Bombardier also sees the majority of growth coming from North America, as well as positive growth starting this year. The Bombardier report does warn, however, that orders could remain difficult across the industry, despite growth. After North America, Bombardier predicts that Europe will receive the greatest number of new business jets over the next 20 years.

Honeywell puts Europe in second place as well. Last year, the region saw an increase in purchase expectations, but Honeywell predicts that this year purchases will return to the average 30-33% of past surveys. Estimated global demand in the region is currently at 18%, due to listless growth political tension.

In the Asia Pacific region, Honeywell and Bombardier both note that fleets have been growing rapidly, a trend that is expected to continue. Over the next 20 years, Bombardier puts China in the number three spot for receiving jet deliveries, with 950 deliveries expected between 2014 and 2023, and 1,275 between 2024 and 2033. That said, the Honeywell report lowered overall new jet acquisition plans for the region to 12 percent from 24 percent last year. This is mostly due to austerity measures and low growth figures, putting Asia Pacific shares of global demand at 3%, or two points lower than 2013 levels, over the next five years.

In Africa and the Middle East, the situation is much the same. The five-year global demand, according to Honeywell, has moved below the 4-7% range typical for the region. Honeywell says the numbers are not surprising, and regional stress is to blame. Because of regional conflict, operations are now scheduling purchases later in the next five-year window, and only 21% of purchases are scheduled before 2017. The report projects that only 18% of fleets in Africa and the Middle East will be added to or replaced with a new jet purchase, compared to 26% last year.

The Honeywell Latin America forecast shows that 28% of the sample fleet will be added to or replaced with new jet purchases, which is 11 points lower than last year’s forecast. However, 47% of projected purchases are expected to happen within the next two years.

During the 2009 recession, there was a decrease in flight activity, but 2015 is expected to see growth in this area. There will be modest growth in Europe and the United States, driven by improved economies. Of course, ongoing political tensions with Russia threaten to slow growth, but overall flight activity should see positive improvements this year.

One market where improvements are most visible is the charter jet market, especially in the US. According to Avinode, an online marketplace for buying and selling air charter, the US business charter jet market will see a 3.5% increase in flights over last year. Last year was a strong year for the charter market in the US, showing its highest figures since the recession. In addition, more aircraft are being purchased, new models are constantly emerging, and venture capital is flowing back into the market, resulting in the highest annual levels of business jet travel the US market has seen in six years. Avinode predicts this trend will continue through 2015.