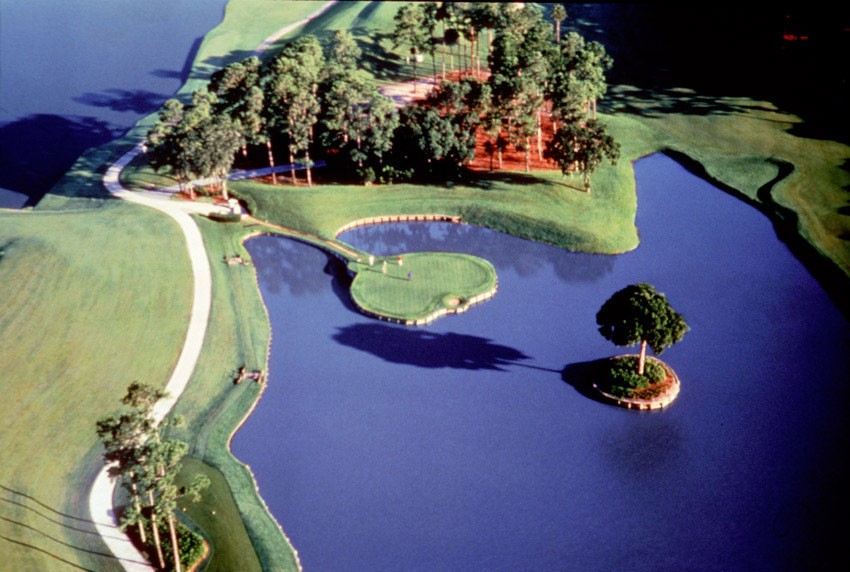 The Players Championship is one of the premier events on the PGA Tour. In fact, its status is now such that many now refer to it as the “Fifth Major.” Like the Masters, this important tournament is held at the same venue every year. The Stadium Course at TPC Sawgrass in Ponte Vedra Beach, Florida, hosts the championship in mid-May.

For devoted fans that love to follow the world’s best, The Players Championship is an ideal way to bridge the gap between April’s Masters and June’s United States Open. Plus, May is an ideal month to visit Florida’s Atlantic Coast in the Jacksonville/St. Augustine Area.

The Players Championship: A Quick History

While the origins of the British Open date to the 19th century and the Masters to the 1930s, The Players Championship is a relative newcomer to premier tournament golf. Jack Nicklaus, the most prolific Major winner of all time, won the inaugural event in 1974. He also prevailed in 1976 and 1978, thereby becoming the only three-time winner of this prestigious tournament. Tiger Woods is one of five professionals to have won here twice. He prevailed in both 2001 and 2013.

The Stadium Course became the permanent home of The Players in 1982. The winner, Jerry Pate, celebrated by tossing course designer Pete Dye and PGA Tour Commissioner Deane Beman into the lake bordering the 18th hole. He then dove into the water hazard himself.

In 2015, Rickie Fowler claimed victory in illustrious fashion by playing the final four holes at five-under par, a feat that no one had ever accomplished on the PGA Tour. He required only 11 swings to play the final four holes, including the intimidating 17th, to make it into a three-way playoff in which he prevailed.

The Stadium Course at TPC Sawgrass

Although it is not as long as many tour layouts, the Stadium Course boasts a 155 slope rating, one of the highest in the country. The par-72, 7,215-yard course also sports a prodigious 76.8 course rating. From the back tees, you could bogey every fourth hole on average and still be a scratch golfer. Unlike the very private Augusta National, both courses at TPC Sawgrass are available for public play. The Valley Course is worthy of an enthusiast’s attention as well. Since 2013, it has hosted the Web.com Tour Championship. Water comes into play on every hole at the Valley Course.

Nonetheless, the instant most golf enthusiasts hear “Sawgrass,” an image of the island green at the 17th on the Stadium Course comes to mind. This confounding par-three has instantly turned potential winners into losers and vice versa. The Sunday hole location is often so close to the water that “going for the pin” is not even an option. Swirling winds often require that a player swing at just the right moment. The difference between a par and a double-bogey is often nothing more than a brief gust of wind.

Should a player prevail on the island green, he must still negotiate the demanding 462-yard, par-four 18th where water on the left escorts golfers the full length of the hole. A right-handed player with a case of nerves may very well pull-hook a drive into a watery grave, costing him thousands in prize money or perhaps even the championship itself.

The Stadium Pass includes far more than the usual PGA tour grounds ticket. Enjoy access to about 20 public venues on-site along with rope-side access to the players you most want to follow. Single-day passes are available any day from Tuesday to Sunday. For those planning on an extended stay in the Ponte Vedra Beach area, the weekly Stadium Pass is the perfect option.

Visitors interested in an upgraded tournament experience should consider one of the three hospitality packages: The Turn, The Greenside Lounge and The Players Cub:

The Players Club All Access – Enjoy private space in the clubhouse and in private suites overlooking the 17th and 18th greens. The all-inclusive package includes gourmet cuisine prepared by top, nationally-known chefs. Also included in this VIP package is a $500 shopping experience at the pro shop. Once you purchase an all-access pass, you’ll receive a unique identifying number that guarantees an opportunity to purchase the same tickets every year. Players Club passes are available for single tournament rounds as well.

The Turn – This package allows access to a climate-controlled tent covering more than 10,000 square feet. Outside, there’s a large patio with a full bar. Inside, take a break from the action at the Grey Goose 19th Hole Lounge. Consider a signature drink like the Sawgrass Splash. Take in the action on numerous TVs simultaneously displaying six or more broadcasts. One end of the facility offers great views of the 9th green, while the other end overlooks the 18th green and fairway.

Of course, the Atlantic Ocean beckons, just a few hundred yards from The Stadium Course at TPC Sawgrass. And, the golf course is just one part of the TPC Sawgrass Resort. Elegant suites, multiple pools, beachside dining and a full array of spa services await those that stay here.

The beaches in the area are a major attraction. For example, at low tide, Mickler’s Landing Beach is a wide, typically uncrowded stretch of sand that is perfect for an early morning stroll as the sun steadily climbs above the horizon. Listen to the unceasing sound of waves rolling ashore from the east as grand, waterfront mansions appear to the west.

Just south of TPC Sawgrass you’ll find the Guana Tolomato Matanzas National Estuarine Research Reserve. Choose from hikes along miles of beaches and sand dunes or stroll along trails meandering through the woods, mangroves and salt marshes. A visit to this tranquil haven contrasts beautifully with the excitement of The Players Championship.

St. Augustine is only a short distance south of TPC Sawgrass. The community, founded in 1565, lays claim to being the oldest city in the country. Revel in the community’s Spanish Colonial architecture as it transports you to a different place and time. The 17th century Spanish fortress, Castillo de San Marcos, features cannons, drawbridges and panoramic views of the St. Augustine Inlet.

Getting to The Players Championship

The Players Championship is a worthy destination whether you own a private plane or are interested in your very own private jet getaway. Flights land at Jacksonville International Airport (JAX) or Northeast Florida Regional Airport (UST). The former is about 33 miles northeast of TPC Sawgrass, while the latter is about 28 miles south of the course. Downtown Jacksonville is just 18 miles northeast of the TPC Sawgrass Resort.

Plan a memorable trip to a top PGA tour event that has quickly acquired a reputation as one of the world’s premier competitions for the world’s best golfers. While you’re there, enjoy a wealth of other opportunities that the Jacksonville Beaches area offers.

For friendly and professional assistance in planning your luxury trip to The Players Championship, look to Jetex. We offer a one-stop solution for every one of your luxury travel needs, including all of your booking, transportation, aircraft and concierge requirements. Please contact us today!