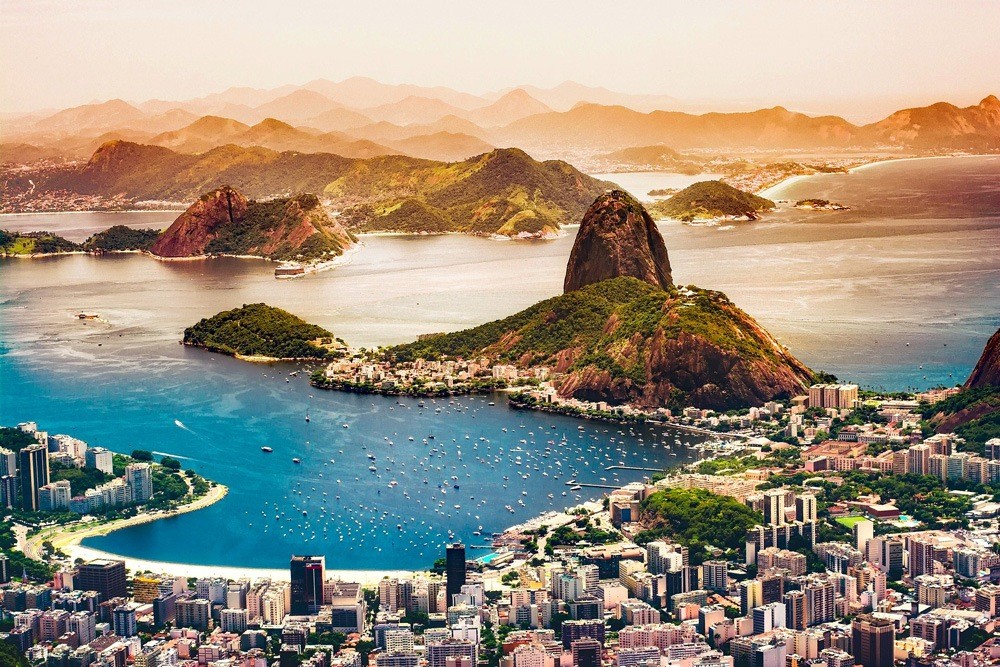 Let your senses be mesmerized by unique sights, sounds and experiences in Rio de Janeiro.

Rio de Janeiro, Brazil welcomes visitors with golden beaches, rich mountain sceneries, samba-infused nightlife and spirited football (soccer) matches. This Marvelous City is iconic for the colossal Christ the Redeemer statue at the summit of Mount Corcovado and the timeless cinematic seaside backdrops of the Copacabana and Ipanema beaches.

Rio is the capital of the state of Rio de Janeiro and was named after the Portuguese explorers who settled in the area back in January 1565. Nicknamed the Cidade Maravilhosa (Marvelous City), Rio is dotted with architectural masterpieces, top-notch restaurants and signature festivals that make it a hot bucket-list destination.  Resorts such as the Hotel Fasano Rio de Janeiro provide a relaxing escape for those who want to feel refreshed after a day full of activities.  The Copacabana Palace is the city’s timeless and classic hotel, where the elegance of 1920s intertwines with the restored, luxurious suite retreats.

Tourists and locals alike visit Rio during Carnival, an annual, week-long festival filled with samba schools showcasing colorful costumes and parading the streets of Rio with endless samba music and dancing. People worldwide gather to experience this elaborate street party and get a taste of samba’s cultural influence. Carnival 2020 will include a newly renovated Sambadrome that will host the samba schools’ performance in front of energetic crowds, celebrities and influencers.

Apart from Rio’s vibrant masquerade festival, visitors can revel in Lapa, a festive neighborhood that ignites at night with swinging samba and tapa bars. Football fanatics can explore the Maracana stadium, home of the 2014 World Cup final and the 2016 Olympic Games. For adventurous travelers, private hiking tours deep in the heart of jungle are accessible at Tijuca National Park. Cable cars also take guests to the peak of Sugarloaf Mountain for rewarding overlooking views of Rio.

Stop for the Sizzling Sirloin

For a top choice Brazilian meal, dine at Aprazível, acclaimed for its creative culinary dishes from land and sea while offering stunning city views within a lush garden setting. Casa Momus is one of the loveliest restaurants in Rio with a well-executed Mediterranean-influenced menu set in an elegantly decorated 19th-century building.

Anticipate higher flight volumes and delays due to the Carnival taking place from February 21-26, 2020. Remember that peak travel time is during the summer months of December through February, where temperatures range from the mid 72.3°F (22.4°C) to high 81°F (27°C), drawing in over two million tourists during this season. With high humidity and crowded streets, it’s important to wear breathable, casual clothing to beat the heat and stay cool.

The Jetex Experience team can plan your Rio de Janeiro adventure and have you walking alongside the shimmering shores of Copacabana before you know it. Jetex can book luxury resorts, coordinate transportation and arrange all your flight and trip experience requirements.