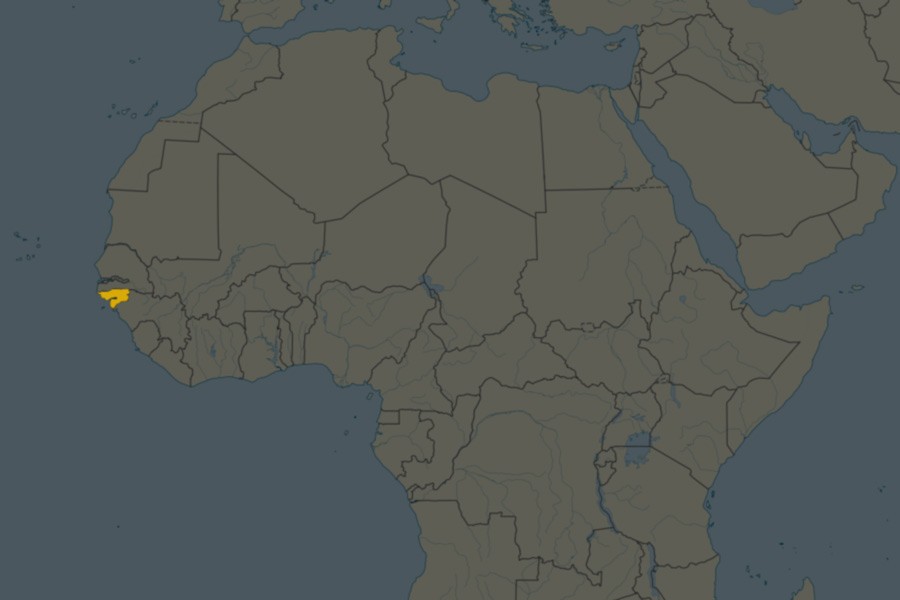 Guinea-Bissau is a West African nation known for its biodiversity and vast, unspoiled forests and savannas. The national parks east of the capital and in the Bijagos Archipelago increasingly attract ecological tourism. As warm inland rivers flow into shallow ocean waters, the mix creates and ideal habitat for fish, crocodiles and shellfish.

Bissau Guinea-Bissau is the capital. The city is on the Geba River Estuary, and it is home to about one-third of the nation’s population. Much of Guinea-Bissau is sparsely populated. Although the country is about the same size as Switzerland, it only has one-seventh the population. Guinea-Bissau is one of the top ten cashew exporters in the world. Oil, lumber, palm kernels, and shrimp also pass through the port at Bissau.

Getting to Bissau Guinea-Bissau

Osvaldo Vieira International Airport (IATA: OXB, ICAO: GGOV) is the one international airport in the country. The airport’s single runway is 10,500 feet in length. It is one of three paved runways in Guinea-Bissau. Perhaps the most expeditious and comfortable way to travel from the airport to the city center and area hotels is via private limousine.

In general, hotels do not operate their own shuttles. However, shared Peugeot taxis carrying up to seven passengers are available. The toca-toca are mini-buses with capacities ranging from 10 to 20 people. Outside of the capital city, an expansive network of rivers running west to east are mostly navigable. Ferries and water taxis are therefore a major form of transportation outside of Bissau. There are some paved roads and many more unpaved roads in the country.

Today’s Republic of Guinea-Bissau was, at different times, part of the Mali Empire and the Kingdom of Gabu. In 1687, Portugal founded the city as a strategic port and trading center. Fortifications protected this early Portuguese outpost. In the 19th century, Portuguese Guinea was a part of Portugal’s empire. Guinea-Bissau achieved independence in 1974. Fortaleza d’Amura is an old Portuguese fort still used as a barracks. The mausoleum of Amilcar Cabral and the tombs of other revolutionaries are here.

The tropical savanna climate features very distinct wet and dry seasons. Most of the annual 80-inch rainfall falls from June to October. On average, a total of less than three inches of rain falls the rest of the year. As a result, ecologically minded tourists can plan visits with confidence during the dry season.

There are three primary ecological zones in the country: forest, savanna and tidal estuaries. Half of the country is covered by thick forests, some populated by trees over 100 feet tall. Other parts of Guinea-Bissau are home to jungles teeming with wildlife. According to the African Bird Club, birders identified over 500 species of birds in Guinea-Bissau. Although much of the terrain is low-lying, the Djallon plateau in southeastern Guinea-Bissau rises to heights of 600 feet.

Significant portions of Guinea-Bissau are now protected as national parks. Perhaps the most popular of these is Orango Islands National Park, the first area to become a protected UNESCO Biosphere Reserve in the country. Orango’s biodiversity is without equal in Guinea-Bissau. The approximately 90 islands comprising the Bijagos Archipelago are home to vast mangrove forests. There are many ways to enjoy the pristine coastal beauty of Guinea-Bissau.

In the waters of the archipelago, manatees and saltwater hippos are major attractions. The cluster of islands in Orango also sports five different types of marine turtles and countless exotic bird species. During your visit, enlist the services of a local guide to go hippo spotting on Orango Island. The trick is to locate hippo tracks and follow them to a memorable encounter with these rare and elusive creatures.

Meio is one of the southernmost and most remote islands of the archipelago. At the marine park here, green sea turtles emerge from the ocean at night to lay their eggs. A fortunate few will observe turtle eggs as they hatch. Other tours offer sea kayaking adventures and scenic explorations by boat. There are French-owned fishing lodges on a number of the islands. It is also possible to rent a boat and venture out to fish and to explore the spectacular beauty of the archipelago. Sailing from island to island is another option.

It is also possible to learn more about the people living in the area. In fact, the traditional culture and ancient customs remain strong in the Bijagos. English, Spanish and Portuguese-speaking guides accompany visitors to various tabankas, where some residents practice animistic religions rich with mystery and spirituality. The burial site for Bijagos kings and queens is on Orango Island.

Bubaque is the region’s largest town and transportation hub that is in the central area of the archipelago. Every year on Easter Weekend, it hosts the Festival de Bubaque, an event that promotes the archipelago as a center of biodiversity and local culture.

Diverse Wildlife in Other Parks

Chimpanzees nest in oil palms in Lagoas de Cufada Natural Park, located east of the capital. The parklands were given protected status in 2000. Hippos, antelope, African buffalo, leopards and hyenas also inhabit the park. Other parks east of Bissau include Dolombi-Boe National Park and Florestas de Castanhez National Park. Both are richly inhabited by migratory and indigenous bird species.

Varela National Park and its unique ecosystem occupies a narrow strip of Atlantic coastline in the northeastern part of the country. It is a breeding ground for Nile crocodiles, hippos and savanna gazelles. There’s an Italian-owned hotel, Chez Helene for visitors to stay at while they enjoy pristine beaches and scented pine forests. Massive bird migrations feature species from as far away as northern Europe and Siberia. It is estimated that over a million birds breed midst the islands of the archipelago and along the country’s coastlines and estuaries.

Visitors can immerse themselves in the Bijago culture during Carnival, the most spectacular of the nation’s annual celebrations. It is staged during the four days before Lent when the weather is predictably dry. This cultural extravaganza combines local traditions and Portuguese influences. Members of the country’s approximately dozen distinct ethnic groups charter trucks and wooden boats to travel to the Carnival. There, they add to the festive atmosphere in costumes bedecked with shells, cow horns and tropical leaves.

Side Trips to Consider

Those interested in venturing out into the countryside might consider a day trip from Bissau to Quinhamel is enhanced by an overnight stay at Mar Azul. Enjoy grilled oysters bathed in hot citrus sauce at the restaurant before relaxing poolside. A beach a little over a mile away, nestled midst the mangroves.

Another side trip takes one to Bolama, the capital of Portuguese Guinea until 1936. In its heyday, it featured wide thoroughfares, colonial-style administration buildings, lush gardens and fountains. After it was no longer the capital, Bolama became a ghost town to a degree. Over the years, residents began to occupy some of the structures, although many are now covered by lush tropical vegetation.

Whether you’re visiting Bissau on business or to simply savor the nation’s rich biodiversity, Jetex is here to help. Count on Jetex to provide the professional ground support at Osvaldo Vieira International Airport that you’ve come to expect during your travels. Please contact us for further assistance.