As we approach the end of 2017, we’d like to take a moment to look back and reflect on what has been another highly successful year for Jetex. The past twelve months have seen us celebrate more than 20 openings in fresh locations, take part in several important industry gatherings, and announce exciting plans for further expansion into key markets. Here, we round up some of the many highlights from an unforgettable year. 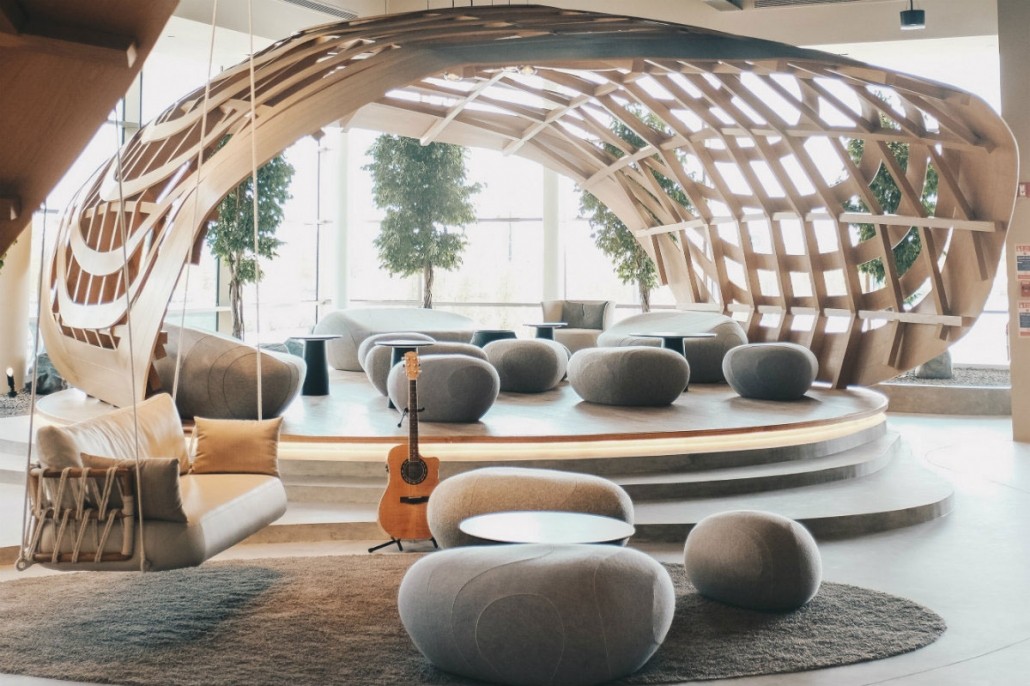 2017 marked a year of considerable expansion for Jetex, with new FBOs and Ground Handling Stations announced in multiple locations around the world, as well as exciting upgrades to our existing facilities (including the beautiful second lounge at our flagship Dubai FBO Terminal, pictured above). Here are a few of the key additions to our global network:

In May, we were delighted to launch new ground handling stations in three key locations across Spain, in Barcelona, Madrid and Málaga. Our teams provide 24/7 ground support including fueling, ground handling, aircraft parking, and ramp services. Aircraft maintenance, customs and immigration facilities and hangar space are also available.

Find out more about our entry to the Spanish Market

May also saw Jetex successfully tender to provide FBO services at Ciampino–G. B. Pastine International Airport (CIA/LIRA) in Rome, Italy. Ciampino is the country’s main hub for general aviation, and consistently ranks on the list of top 10 busiest general aviation airports in Europe. Set to open in February 2018, the new FBO heralds Jetex’s entry to the Italian market and further enhances our European network.

Read about the plans for our first FBO in Italy

Learn more about our expansion in France

October’s NBAA show in Las Vegas saw an announcement that Jetex and Brazilian operator CFLY Aviation have joined forces to develop and manage a new private terminal and FBO at São Paulo Guarulhos International Airport (GRU/SBGR), Brazil, over the next 15 years. The partnership further extends our footprint in Latin America, which currently encompasses Toluca, Mexico and Santiago, Chile.

Read more details on our plans for Brazil

Jetex to open first and exclusive FBO Terminals in Oman

We kicked off November’s Dubai Airshow in style, with the signing of an official agreement with the Oman Airports Management Company (OAMC) to operate and manage the country’s first-ever FBOs. The agreement heralds a new era for Omani business aviation, and will see Jetex develop two new FBOs at Muscat International Airport (MCT/OOMS) and Salalah International Airport (SLL/OOSA).

First-ever Jetex hangar to be built at Dubai FBO Terminal

Our second major announcement during Dubai Airshow was the unveiling of plans to build the very first Jetex aircraft hangar at our Dubai FBO Terminal. Set to be operational by 2019, the custom-built hangar will be fully equipped to accommodate the parking and maintenance needs of all types of aircraft.

Our new U.S. Regional Headquarters officially opened in October. Strategically positioned at Miami Opa-Locka Executive Airport (KOPF), the state-of-the-art operations center enables our growing US team to coordinate both domestic and international operations more efficiently than ever before.

Visit our blog to read all about the new Jetex U.S. HQ

Official launch of second lounge at our Dubai FBO Terminal 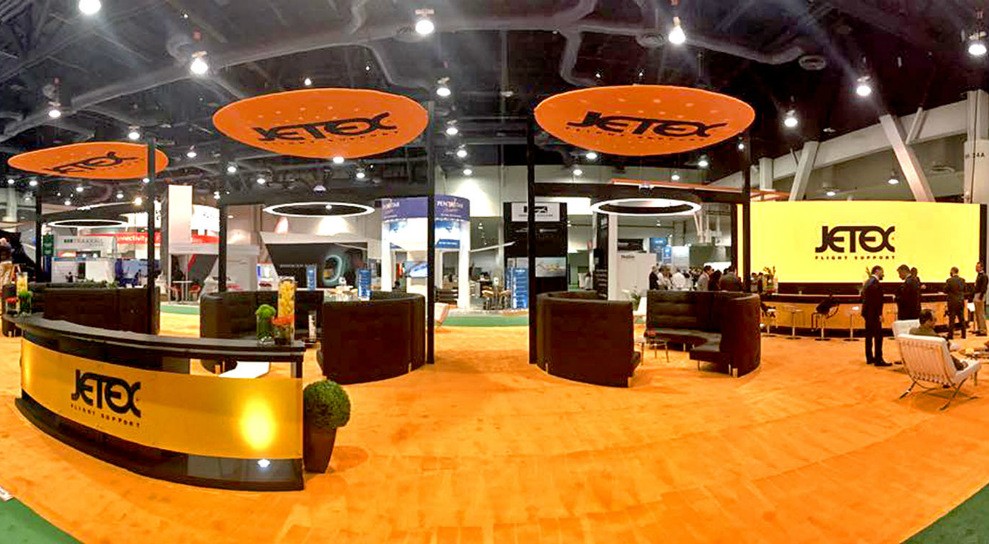 Jetex was present at all of the year’s key global business aviation events. Our famous orange booth has become a familiar sight for delegates as our team travels to connect with clients, colleagues and peers around the world (including at NBAA-BACE 2017, pictured above). Here we present a round-up of some of the year’s best events:

The Asian Business Aviation Conference & Exhibition took place in Shanghai in April. ABACE is the preeminent conference for business aviation in the region, showcasing the latest products and services to industry leaders, entrepreneurs and other key decision-makers. Jetex has cultivated a strong presence in Asia with a 24-hour Operations Center in Beijing, China and Ground Handling Station in Haneda, Japan. Naturally, our team was there!

Europe’s premier business aviation convention returned to Geneva’s Palexpo convention center in May. The European Business Aviation Convention & Exhibition (EBACE 2017) attracted around 13,000 aerospace industry professionals, eager to catch up on the latest products and services showcased by more than 500 exhibitors. All aspects of business aviation were covered in the show, as key decision makers met to conduct business and forge their strategies for the year ahead.

Read our round-up of the event here

The Latin American Business Aviation Conference & Exhibition (LABACE 2017) returned to São Paulo in Brazil for its 14th edition in August. The Jetex booth has become an instantly recognizable fixture at LABACE, the region’s most important gathering for the business aviation community. Our team enjoyed a fascinating few days meeting with clients and sharing knowledge with fellow professionals at this outstanding event.

Read more about LABACE 2017 on our blog

Jetex served as the official ground handler for MEBAA Show Morocco, as it returned for its second edition. The show was held at Marrakech Menara Airport, and is one of the region’s most important business aviation events.

Read more about MEBAA Show Morocco on our blog

Our team enjoyed a highly successful trip to France in September for the second annual Air Ops Europe convention. Held in Cannes, the event is the European business aviation community’s premier gathering for flight operations professionals.

The biggest date on the business aviation calendar came in October, as the National Business Aviation Association celebrated its 70th anniversary last week with the 2017 Business Aviation Convention & Exhibition (NBAA 2017) in Las Vegas. Around 1,100 exhibitors gathered to showcase their latest products and services at the world’s biggest business aviation event, which also included over one hundred of the latest business aircraft models in the static display. The show attracted over 27,000 delegates, who traveled from dozens of countries.

Check out our NBAA-BACE 2017 round-up

One of the world’s largest and most impressive aviation displays came to the UAE in November, as Dubai Airshow 2017 took off in the United Arab Emirates. This bi-annual event brings together professionals from all facets of the aerospace industry to explore the latest developments and helps facilitate successful global trade.

Jetex was proud to serve as the official ground handler for the event, a prestigious title which reflects the outstanding quality of service delivered by our team.

Find out more about Dubai Airshow

HondaJet: Around the World in 80 Stays 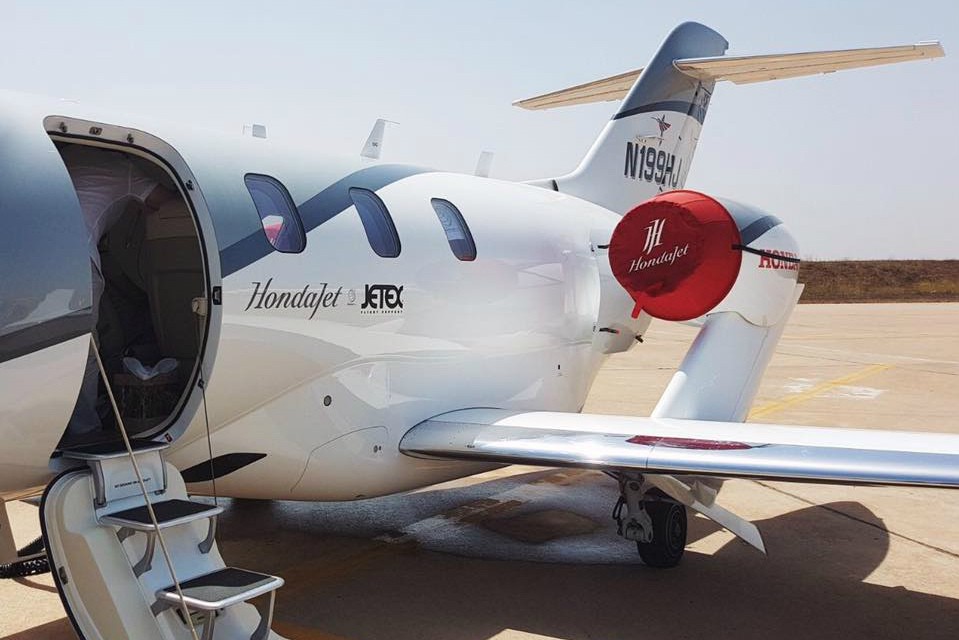 Jetex was proud to support a unique undertaking as Julian and Kim MacQueen, founders of Innisfree Hotels became the first to circumnavigate the globe in a HondaJet. Their aircraft arrived at our Flagship FBO Terminal in Dubai at the beginning of September, where it remained for three days.

For further details on the “Around the World in 80 stays” project, please click here 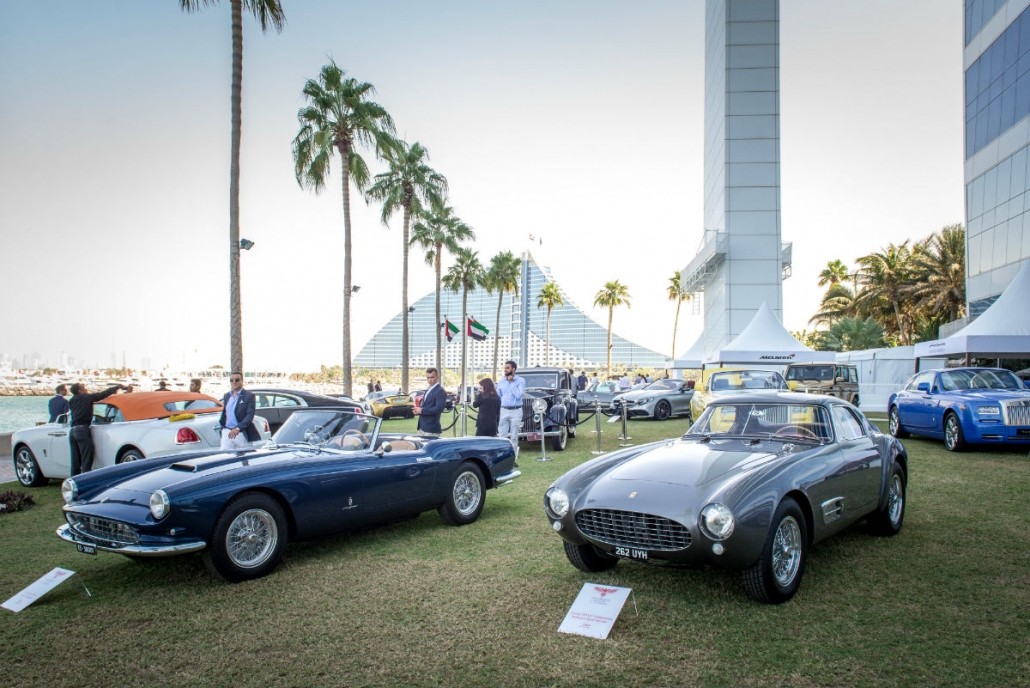 Jetex was delighted to sponsor the exclusive Gulf Concours motorshow at Dubai’s iconic Burj Al Arab hotel. This invite-only event celebrated the finest in elite motoring, and hosted over $200 million USD worth of vintage vehicles and bespoke  luxury supercars.

Read more about this high-octane event on our blog

Jetex crowned “FBO of the Year” at Aviation Business Awards 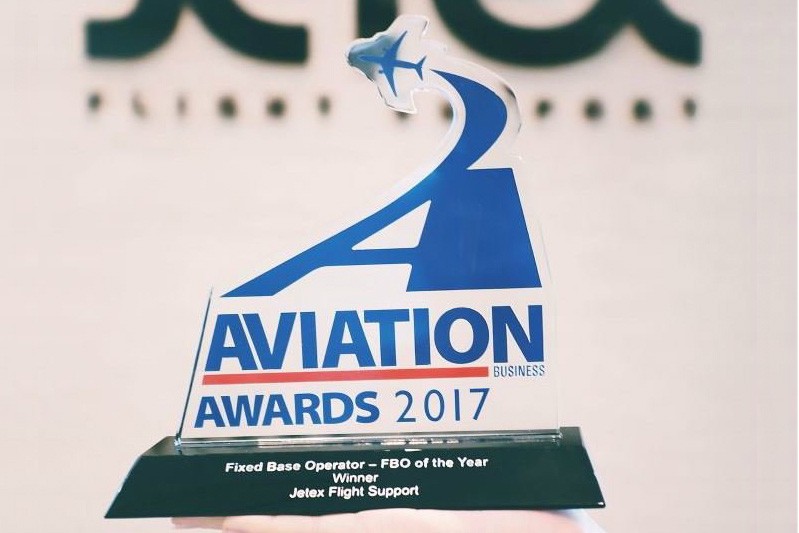 We had plenty to celebrate in October when the Jetex FBO Terminal in Dubai was awarded the title of “FBO of the Year” at the 2017 Aviation Business Awards. This prestigious accolade is testament to the impeccable standard of service offered at our flagship facility, which is the only FBO to be both IS-BAH and Safety 1st certified in the entire MENA region....

Jetex finished the year on a high-note, with the fantastic news that our Paris FBO has become the first IS-BAH certified facility at Paris Le Bourget airport. This prestigious accreditation represents the gold-standard of industry best practice, and is a guarantee of world-class service.

Paris-Le Bourget Airport is the busiest general aviation hub in Europe, having handled almost 50,000 movements in 2016. Congratulations to our FBO team on this outstanding achievement!

This concludes our review of a packed 2017. It’s been a fantastic year for Jetex,
as we continue on our upward trajectory and ongoing expansion.

Thank you for being part of our success story!

We look forward to many more exciting developments in the new year ahead.

This site uses cookies to ensure you get the best experience on our online presence. By continuing to browse the site, you are agreeing to our use of cookies.